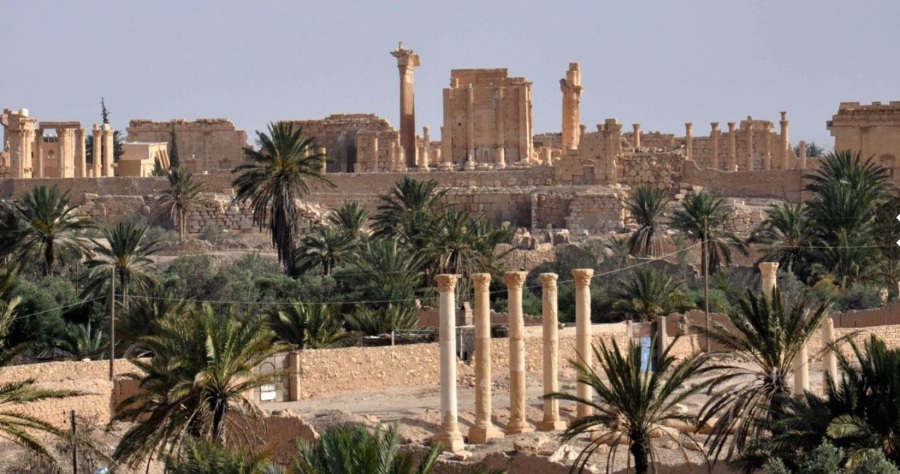 Palmyra has been liberated – ISIL defeated. Most of the city’s ancient monuments are still standing. As we approach the end of the war upon Syria, I predict there will be a flood of refugees returning to their beloved homeland by summer’s end. This is a massive psychological defeat for ISIL, and their slaughter in the name of an intolerant god.

From the Independent:
The Isis jihadist group has been driven out of the ancient Syrian city of Palmyra and government forces have retaken “complete control”, according to state media reports.

In what would be a major symbolic victory over the militant group, Syrian state TV reports quoted a military source saying that the army had recaptured the city with the help of militia allies.

Forces loyal to President Bashar al-Assad had “complete control over the city of Palmyra” as of Sunday morning, the military source said. In a statement aired on Syrian TV, the General Command of the Syrian army said it could confirm “security and stability” had been returned to Palmyra with the assistance of the Russian and Syrian air forces.
Continue reading…

Award-winning journalist John Pilger pulls no punches in this riveting and clear analysis of how Western interests have fostered terrorism in the Middle East, directly and indirectly supplying their enemy Daesh/ISIL with military hardware. Our governments bear clear responsibility for the conflict in Syria, which has roots in Libya and Iraq. Pilger suggests that if the media had done its job and questioned propaganda three disastrous wars may have been prevented. This interview is from RT, not from British or US channels, which self-censor anything that counters official propaganda.

The military industrial complex that held the keys to American power after World War 2 was in trouble when the Cold War ended (as I mention in my book). The global War on Drugs never quite filled this conflict gap, though it did well for the prison industry. So the rise in terrorism brought these conflict-loving people the enemy of their dreams; an enemy that delivers the prospect of endless war and justification to take away our privacy and freedom.

The State Is Out Of Date, We Can Do It Better – from any book seller in print, or download a digital version at cup-of-tea prices. (for US, click)