Volkswagen did wrong by falsifying data, crossing the line in a game where it is well know that every car maker uses canny tricks to massage their figures on emissions, fuel consumption and the like. I am glad that they were caught out, that they admitted it and that their chief executive has resigned. I suspect there will be sleepless nights across the car industry for weeks to come. 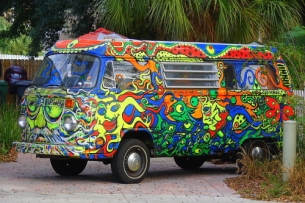 tual emissions against laboratory emissions figures from Volkswagen vehicles, or any others. This has apparently been overlooked throughout some 40 years of emissions standards, with the same approach likely to have been true within the EU. I am reminded that in all my years in the food business many of my products were tested by state agencies, but never for the veracity of the ingredient listing or nutritional content.

It is ironic that the Uncle Sam Corporation, which is making a huge haul out of this ($18 Billion, possibly much more), is the same ”corporation” that hands out billions in subsidies to fossil fuel producers, the root source of the emissions in question. This same “corporation” encourages fracking, underwrites nuclear power, and uses depleted uranium in munitions that will pollute the land on which they explode for thousands of years. This collector of fines destroys entire nations overseas in pursuit of its own interests, or the interests of those pulling its strings. It doesn’t really give a damn about emissions, but has suddenly discovered a nice little earner.

It was two guys seeking to show the cleanliness of diesel that turned up this surprise, having expected Volkswagens’ performance to demonstrate their case. At the very least, the US government should be rewarding these two with a good share of their harvest in fines. Uncle Sam didn’t spend money finding this out and hasn’t personally lost anything, though many Volkswagen owners will be unable to drive vehicles made illegal overnight. Could those drivers and asthma sufferers also be calling the state to account for not doing its job over decades?

Those two guys got a surprise, as would we if our foodstuffs, body care products and many other goods were adequately vetted for damaging features.

Here is a related extract from my book The State Is Out Of Date, We Can Do It Better, that discusses the alternatives to trusting the state to keep our foodstuffs safe, one that could be extended to motor vehicles and other consumer products. From the chapter “Way and Means”
“…And we want to be sure that our food is not contaminated with heavy metals, toxic bacteria, rat droppings, radioactive particles, pesticides, unexpected forms of flesh, hormone residues, or other noxious contaminants.

Though the state would have us believe that it looks after all the above and more, today’s increasingly conscious consumers are becoming ever more aware of the flimsiness of the state’s protection—a state whose own involvement in the food chain has led to dangers far more endemic and frightening than rat droppings or even a touch of heavy metal. Typically the state will try to deny or cover up its own dangerous mistakes, assuring us that there has been no risk to human health. Occasionally, when scientists speak out about the dangers, they will suggest that consumers, if they want to be absolutely sure, should consume fewer farmed salmon, or be sure to peel their potatoes and apples, while not suggesting they be overly concerned. Then, one suspects, they will take steps to ensure that such information does not unexpectedly leak out again in the future, and wait for things to get back to abnormal.

Where consumers are unconcerned about their food quality, no amount of regulations will make much difference to the quality of their diet—a diet that has often been downgraded by government interference in the food chain. Today, as consumers increasingly appreciate the connection between their health and the foods with which they make and power themselves, a vacuum exists for a company whose remit is to provide genuine certification to food producers, incorporating regular testing of their products and verification of claims made for products. This can be done with bonded personnel able to review, among many other factors, a company’s working recipes, relative to ingredient listing. It will be in the long-term interests of the food industry to have a standard of integrity that can be trusted by the public.

If such a standard is developed and maintained by a private organization, its very existence would be threatened were integrity lost by colluding with a food company over false data. Today there is always the chance of such activity being exposed online or on Twitter, TV, or by the press. Such a certification mark adds value to the product and would be paid for by a modest charge to the company based on volume or value. There can be alternative validation schemes available so, for instance…”

There are so many ways of exchanging goods and services between people – so many ways of doing business. This simple and effective setup was conceived by my brother Craig, and features in this article.

We used to fear mob rule. But if the ‘mob’ is all nice people who you’d be happy to introduce to your mother, well, what’s wrong with that? Welcome to the Collaborative Economy. I farm 20 acres, mostly woodland and orchard, with 2 acres of organic vegetable production.  I farm people – and they farm me.  They work the vegetable land and they call themselves Stonelynk Community Growers.

continued in Craig Sams’ column in the Natural Product News.

extract from The State of Business, chapter 20

“Many people could run a small venture with ease if freed from the need to keep specific records determined by the needs of the taxman, while keeping abreast of all the changing regulations, and collecting tax on the tax authorities’ behalf. It need not be so difficult to find a way of fitting into our society and providing a useful service or product to others. We are naturally very good at doing this using nothing more than our instincts. I have seen happy ten-year-olds on the beaches of India selling clothes and handiwork to tourists, in five different languages.”

“From prisons to rail franchises and even London’s Boris bikes, Serco is a giant global corporation that has hoovered up outsourced government contracts. Now the NHS is firmly in its sights. But it stands accused of mismanagement, lying and even charging for non-existent work.”    click for full Guardian article

(in the article we discover that, as well as prisons, Serco handles prisoner tagging, runs immigrant removal centres, operates speed cameras, issues and collects fines for local council traffic departments, manages the ballistic missile early warning system and a great deal more in the UK, with many and diverse  global interests)

“One of the most frightening strange fruits to come from the mating of coercion with free enterprise is the increased reliance on privatization of the prison industry. Here we have the state creating a private industry that relies upon the state’s coercive power to supply it with a stream of new customers (inmates). This industry has become a strong lobby in support of maintaining and increasing those laws carrying prison sentences. As the Correctional Corporation of America warned in their 2010 annual report: ‘Any changes [in the laws] with respect to drugs and controlled substances or illegal immigration could affect the number of persons arrested, convicted and sentenced, thereby potentially reducing demand for correctional facilities to house them.‘”

“As you sit down to dinner, this story illustrates eating out like you have never experienced before. We are talking about super-secret, illegal dining experiences hosted in homes. CBS 2 investigative reporter Tamara Leitner went undercover to see firsthand how this underground world works.”

Greg- How bizarre that serving up dinner in your own home and asking people to pay you for the experience is a punishable crime. While this is considered a danger to the public, our high streets and shopping malls abound with outlets serving up all manner of unlabelled foods, much of it recognized as damaging to health. The State of Business, chapter 20:

‘Little resembling a free market remains in most of those major nations that built their greatness on the free market and then regulated it out of reach to those without degrees, certificates, and bank loans. Letting your child go out on the street selling lemonade today (as I did when a boy) might easily result in the toddler being taken into care. We are not free to turn our home into a restaurant or herbal treatment clinic, and require a license or permit to sell anything in a public place. Where a semblance of the free market survives, it thrives, in farmers markets and flea markets, car boot and yard sales, eBay and Craigslist and Silk Road.“